Last week, on the 7th of March 2017, the Manchester Branch of the British Science Association held its first science journalism workshop. This day-long event was part of our ongoing science journalism competition – an activity we hope will inspire our next generation of scientists and communicators. It was funded in part by generous grants from the Science and Technology Facilities Council and the BSA alongside free venue hire from The University of Manchester.

Through this contest we intend to raise awareness of the pitfalls and complications associated with science journalism by offering the students firsthand experience of how academic research makes the journey from lab bench to lay-literature. Students were invited to join us among the impressive pillars and stained glass of Manchester University’s Sackville street building Entrance Hall where they were introduced to six academics working at the university.

Students came to us from six schools across Greater Manchester and the surrounding area including: INTO Manchester, Loreto Sixth Form College, Oswestry School, Trafford College, Winstanley College and Xaverian Sixth Form College. Many of these schools had also been involved in our 2016 contest which took a slightly different form. In 2016 we matched students with academics working on their subject of interest and facilitated online and phone interviews between students and academics. As a whole we were amazed by the quality of articles produced by students entering our 2016 contest but sadly not all students found this to be a positive experience. As any researcher probably knows, pinning down academics can be a bit like herding cats, and some of our 2016 students found it very difficult to interview their assigned researcher. So, after a bit of head scratching we chose to re-design the contest for 2017 to include a workshop day where all students got the chance to meet and interview our participating academics.

Our morning and early afternoon sessions saw each researcher give a 35 minute whistle-stop tour of their own field of study with an extra five minutes for student questions. We kicked off proceedings with Dr Nick Weise, Public Engagement and Programs Manager and Researcher at the Manchester Institute for Biotechnology:

As both an active researcher and engagement manager it was Nick’s job to introduce the students to the ins and outs of how to transform complicated scientific research into something fun and accessible for readers with no academic background. Nick gave some great examples and used an activity to show how two shockingly different headlines could easily be generated from the same research. 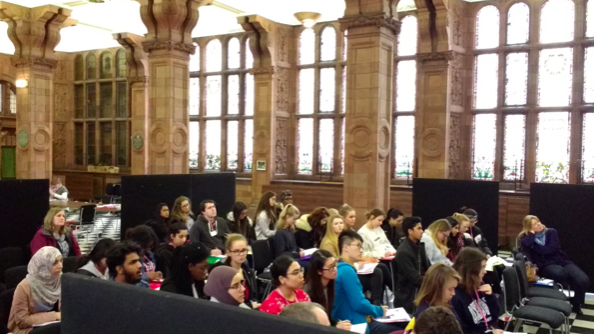 Nick was closely followed by Dr David Mills from the School of Chemistry. David explained how he investigates the use of lanthanide elements for the development of single molecule magnets – this type of work may lead us into a new era of tiny tech. Specially for the event David also 3D printed a molecular model of his element of choice Dysprosium which was passed around the students.

Following this we all took a well deserved break for tea and biscuits and, during this time, the students were free to wander around and chat with the event organisers and researchers. It was great to see that a fair number of students took this opportunity to talk to our volunteers about their paths into academia and their experiences of science in the media. I was asked a particularly challenging question about when research should and shouldn’t be reported in the media – which is a question both academics and journalist battle with regularly and so far doesn’t have a simple answer to. I talked about the dangers of incorrect reporting of health risks and how this is one area of research which must be reported very carefully.

After our break Ellena Badrick took over and gave a really interesting talk about her work exploring the links between diabetes and cancer. As our only biologist, her talk was very popular and I made sure to slip in a question about how she thinks health risks should be reported.

Ellena was followed by Dr Liam Marsh who spoke about his work on intelligent metal detectors for locating and disarming land mines. Liam gave a really compelling account of the humanitarian elements of this problem, which set the scene for his work beautifully.

Over lunch we chatted more with students and their teachers who all seemed to be enjoying the day. One student pointed out that he was expecting the event to be really formal but was happy that everyone was instead relaxed and happy to just chat. I hoped that this helped in some way to dispel the myth that science is all about serious stuffy academics in white lab coats quoting equations.
After lunch Dr Alex Theodosiou spoke to the group about his involvement in a large-scale project investigating the best way to dispose of radioactive graphite following decommissioning of a nuclear power plant. His work beautifully highlighted how scientists from a whole range of backgrounds can often work together on one large project.

Our final speaker Sarah Crowther discussed how she uses samples of extraterrestrial materials, including samples from the Moon, Mars, asteroids and comets to learn about the formation and history of the Solar System. She also brought along some beautiful meteorite samples which the students were encouraged to have a better look at during our interview sessions. 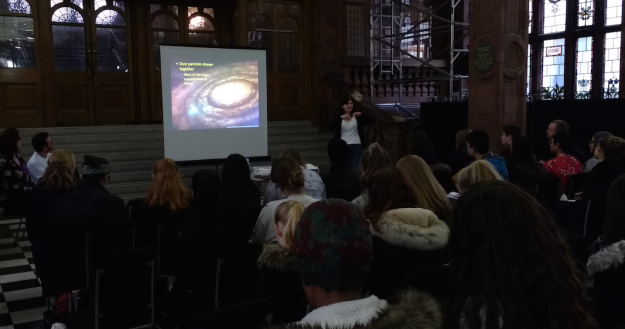 Then came the hard part. For the competition the students are expected to write a short lay-article based on the research of only one of our researchers. Therefore we wanted to give students the chance to interview their chosen researcher but, since we had around forty students and only five researchers (Nick didn’t participate in this section of the day since he had not spoken specifically about his research) we also needed to make sure everyone had a chance to ask questions.

We decided that small groups were the best way forward so chose to seat each of our five researchers around a separate table with spaces for eight students. We thought it would be nice if every student had the opportunity to meet and talk to each researcher in turn, so decided to move our groups of students around to a new academic every fifteen minutes. Of course, however, by this point the students had had a long day and were pretty tired so many didn’t want to talk with everyone. I worry I came across as a bit of a buzz-kill as I tried to make sure everyone stuck to our enforced game of musical chairs around the researchers. But, even though a number of students chose to leave after they met their chosen researcher, we overheard some really interesting discussions and everyone seemed to really  enjoyed this part of the day. 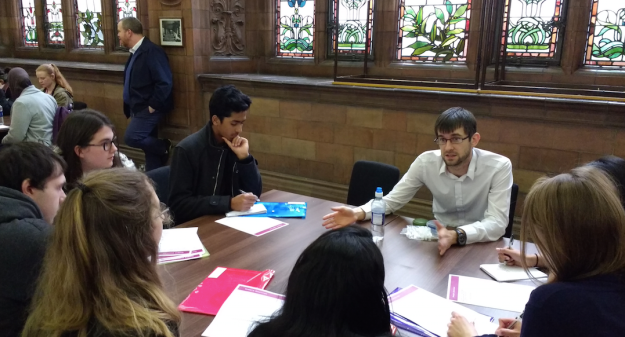 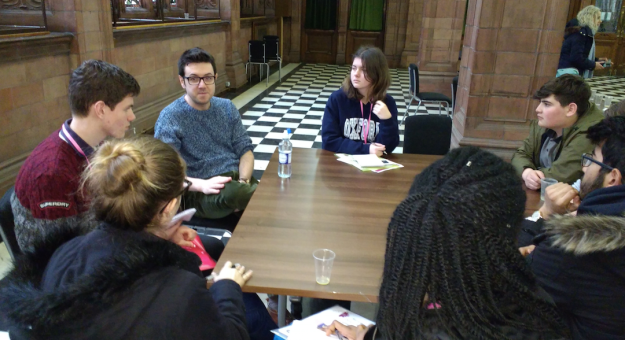 Taking into account the long sign up process for schools and speakers, creation of work packs for every student, funding applications and event organisation its been an intense few months for our volunteers and we still have judging to come. So we want to thank everyone for the time and effort that they put into organising this event. However, it has also been immensely rewarding and we’re really pleased with how everything panned out.

I can’t wait to start reading the students entries! 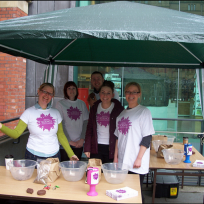 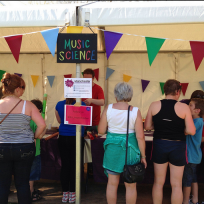